This blog post is going to be conversational in nature. That’s because it was an actual conversation that happened via texting recently, between myself, my younger sister Rachel, and my Mom. Rachel’s first child is not yet school age. My sister-in-law Esther pops in at one point as well! These ladies have kindly given me permission to publish our conversation here.

Rachel: Mom and Jennifer, what age did you start first grade? And did you do a year of learning to read before first grade, or did they learn to read in first grade? 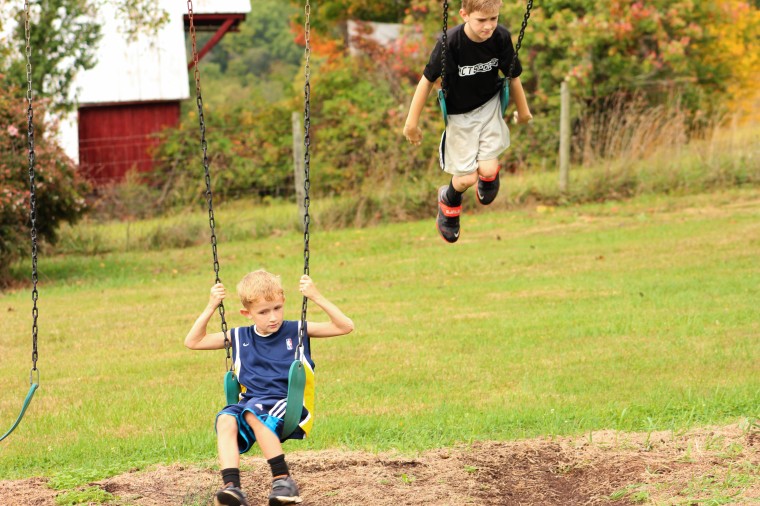 Me: This is the law in VA– “Virginia’s compulsory attendance law (§22.1-254, subsection A) states that all children who are 5 years old on or before September 30 of the school year must attend school. This could include public school, private school, a public or private preschool program, a private tutor, or home instruction.” That would refer to Kindergarten age. You should check the WI law and see what your state requires. Every state is different. Some are less strict than VA and some states like PA are much stricter. Some have a “religious exemption” clause, which basically means the school board won’t tell you to do anything, if you file as a “religious exemption” homeschooler. That is one of the options in VA, but we don’t do that. We send testing in to the school board every year and I put them in Kindergarten according to the law stated above. I begin to teach reading in Kindergarten. They usually learn all the letter sounds, short vowel words, and start some long vowel words by the end of Kindergarten. I wrote about this on my blog [here] more in detail. So for first grade, the child would be 6 years old on or before Sept 30 of that school year.

Rachel: So do you do it at those ages strictly because of the law or do you feel that is developmentally appropriate too? The law here in WI is full time school at 6. But it doesn’t specify if that is kindergarten or first grade so I am trying to figure out which one I want to do that year. If I do first grade at six, that means if I want to teach reading before first grade, I have to do that NEXT YEAR. 😳 WI is pretty good with homeschooling. You have to send in a “letter of intent” to homeschool every year, and then by law you have to provide 875 hours of instruction each year.  It’s slightly complicated because Emma’s birthday is 2 months after the cutoff date so I have to decide if I want to start her in school in the fall when she will soon be 6, or wait and start her the next year when she will be nearly 7. 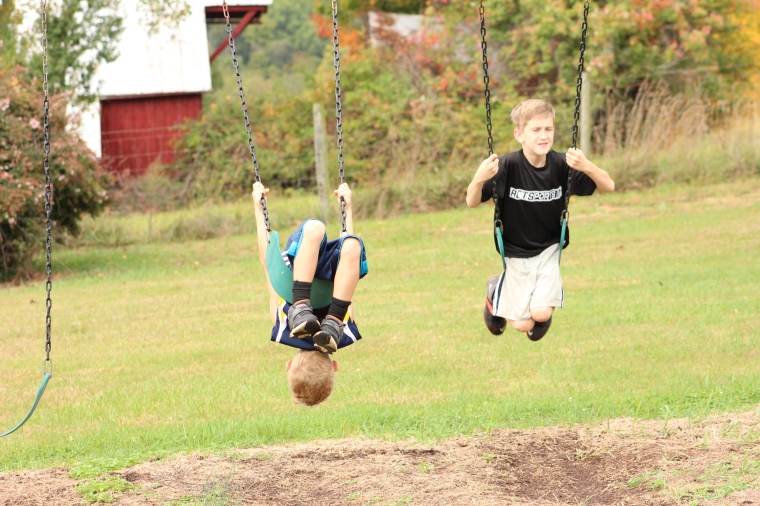 Me: What is the cutoff date in WI? Because according to VA law, Emma would actually be too young for Kindergarten next year, and she would start the following year. She would be one of the oldest kids in the class if she were in public school here. (She is similar to what Sammy is. His birthday is Oct 11. I made the mistake of starting him in K when he was still 4 and technically too young. If he had gone to public school he would have started a year later, and that is what I should have done.)

Rachel: September 1st here. Yes, Emma is in the same situation as Sammy.

Me: So are you not planning on teaching K? Just starting with first grade?

Rachel: I don’t know. This is what I am trying to figure out. 😁 Hence the questions! 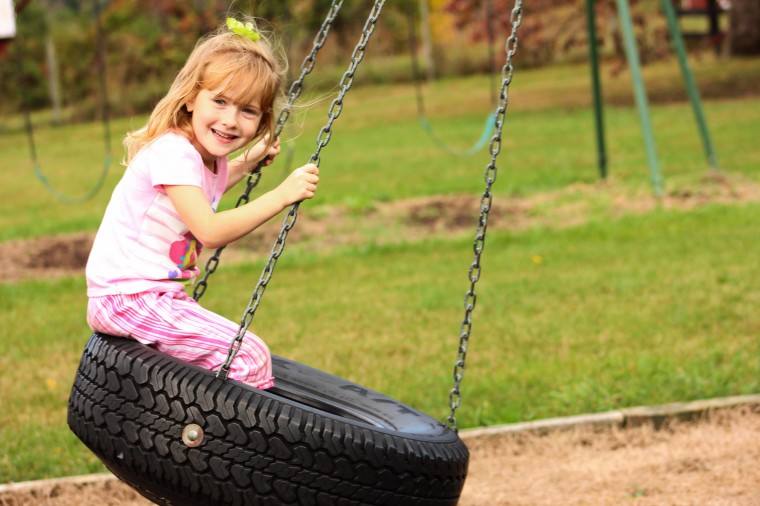 Me: Right. I see…  I would probably start her in K5 when she is nearly 6. Unless you think she is very advanced and a very quick learner and you basically want to start her a year ahead, which would be K5 next fall.

Rachel: So you are suggesting teaching her to read (Kindergarten) at 5, almost 6, and then starting her in first grade at 6, nearly 7?

Me: Yes. That is how she would be in public school. I think it’s fine to use that as a guideline. When I was having so much trouble with Sammy, about our 2nd or 3rd year…. a dear lady with a degree in education reminded me, “He is actually placed a year ahead. Think about what grade he would be in, if he were in public school.” She was a HUGE help to me. Since Emma is older too (October birthday), she will learn faster and make your job easier. ☺

Rachel: Part of my conundrum is that she is very eager and interested in anything structured, one-on-one attention, type thing. I can make her day by sitting down and working through a little craft with her or showing her how to write her name. So I think she would love to start next year but I don’t want to push her or myself and infringe on her “childhood”, so to speak.

Me: If you want to do some earlier school you could possibly think about ordering some K4 materials. Maybe just one or two worksheets a day of K4, which is very early intro to reading…. along with practicing her name, learning numbers, etc… she would probably love that! Keeping it very low key. If she sails right through everything, mentally, physically, etc… you could always transition her into K5 and then she would be ready for 1st grade a year early.

Rachel: Yes that’s interesting. Looking into it further, it looks like WI is expecting age 6 by September 1st to start 1st grade, with learning to read in K5 the year before. Like you were saying. Which is weird to me because you are going to have some kids barely 6 starting and some kids nearly 7. That is a big difference! 🤔

Me: I guess they have to make a cutoff somewhere.The older ones have a serious advantage, no doubt. Sammy was very eager to start as well, and seemed ready at the time. Looking back I should have just done some K4 with him, if anything, that year. But boys are usually harder than girls with early schooling.

Mom: I would say try out K4 (if it were me, K5 to save money on K4 🙂 but just slow it way down and take two years to do it if necessary) stuff now if she seems ready and you are ready. Girls are more mature and ready to learn to read. But keep it very low key. Keep it fun, short and sweet. Do a little every day (no more than say 10 minutes) as long as she is liking it and learning it, but no pressure from you. If she is starting to struggle, or hates it, or can’t handle making mistakes and taking correction on her work, just slow things way down and wait for her to mature. Better late than early in that case. I suspect that she will love it and probably do well. One of the benefits of early readers is that they can entertain themselves and spend hours reading every day and learning a ton. If they can do it without the above mentioned issues, then go for it. She may be young for the fine motor skills of holding a pencil and writing, but you would soon figure that out. With boys I wouldn’t start anything sooner than 5 and then take two years to do one year of school. A lot depends on the child. They will let you know if they can handle it. If you spend all week teaching them the sound of the letter “A” but after the weekend, and by the next Monday they don’t have a clue of the sound of the letter “A”, that is a clear sign it is time to wait 6 months. 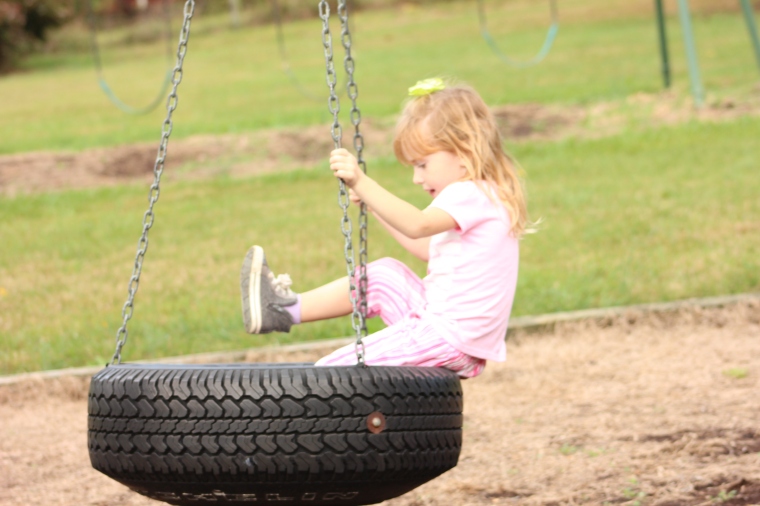 Esther: I have been wondering what curriculum if any you older ladies would recommend for K and 1st grade?

Me: I like the A Beka workbooks and visuals and little readers for early reading. I would say Rachel that the workbooks and stuff don’t cost all that much, so you might want to get the actual K4 books. They are paced so nicely for that age and they will give you a few papers a day, etc.

Me: If you bought the whole curriculum then yes it would be pricey. But if you carefully select the items you want it shouldn’t cost all that much. Honestly I am really only familiar with one K4 workbook. I haven’t looked that much into what A Beka offers for K4.♥

Some recent beauties. “All I have seen teaches me to trust the Creator for all I have not seen.” - Ralph Waldo Emerson
Happy New Year! We are having a very icy start to the year (see my story) and I cannot believe it’s 4:36 pm already. Icy/snowy days always make the time seem weird somehow.
2020 Best Nine. Thanks for your friendship via Instagram this past year! 💝
One of our favorite traditions... 🎄festive and delicious! Katie has made fruit pizza for Christmas every year since she was about 12. Swipe to see the two designs side by side! ❤️💚
Christmas cookie time... and also this boy has the cutest dimples. BTW we used store bought dough and frosting which = less work for mom👏🏻. The cutting out and decorating is what really matters anyway! ❤️🎄💚
The Christmas lights in our town are so cheerful and wonderful. 🎄